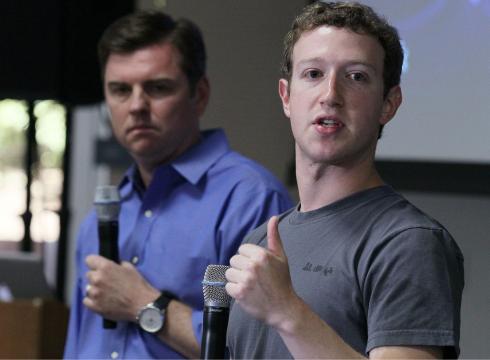 PALO ALTO, Calif. — For months, Facebook was uncharacteristically quiet about its membership growth. Whispers among those who closely follow the social-networking giant reached full-throated debate a few weeks ago, with word that Facebook’s numbers were down in the U.S. and several other countries.

But Wednesday, the company broke its silence and announced it had passed 750 million worldwide members who post billions of messages each day.

“The metric of the last five years was about user growth,” Facebook CEO Mark Zuckerberg said Wednesday during a press conference to announce video calling on Facebook. “The driving narrative of the next five years is not about wiring up the world, but what cool stuff (apps) can you build with this wiring in place.

“We did not report 750 million because we do not believe it is the metric,” Zuckerberg said, noting the rate at which users are sharing stuff (apps) is growing at an “exponential rate.”

Still, the news was a not-too-subtle retort to concerns that Facebook’s growth may be cresting as it hurtles into its eighth year of explosive expansion.

Facebook’s relentless march to 1 billion users seemed like a foregone conclusion nearly a year ago, when the social network announced it had hit 500 million.