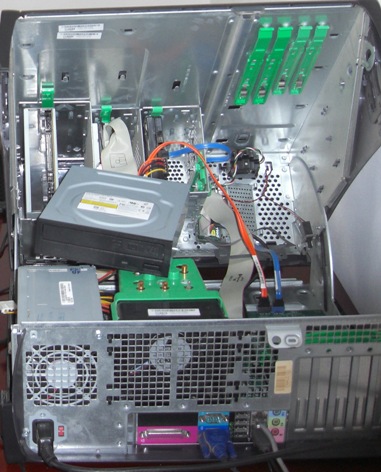 There’s a general anxiety that has settled over much of the IT profession in recent years. It’s a stark contrast to the situation just over a decade ago. At the end of the 1990s, IT pros were the belles of the ball. The IT labor shortage regularly made headlines and IT pros were able to command excellent salaries by getting training and certification, job hopping, and, in many cases, being the only qualified candidate for a key position in a thinly-stretched job market. At the time, IT was held up as one of the professions of the future, where more and more of the best jobs would be migrating as computer-automated processes replaced manual ones.

Unfortunately, that idea of the future has disappeared, or at least morphed into something much different.

The glory days when IT pros could name their ticket evaporated when the Y2K crisis passed and then the dot com implosion happened. Suddenly, companies didn’t need as many coders on staff. Suddenly, there were a lot fewer startups buying servers and hiring sysadmins to run them.

Around the same time, there was also a general backlash against IT in corporate America. Many companies had been throwing nearly-endless amounts of money at IT projects in the belief that tech was the answer to all problems. Because IT had driven major productivity improvements during the 1990s, a lot of companies over-invested in IT and tried to take it too far too fast. As a result, there were a lot of very large, very expensive IT projects that crashed and burned.

When the recession of 2001 hit, these massively overbuilt IT departments were huge targets for budget cuts and many of them got hit hard. As the recession dragged out in 2002 and 2003, IT pros mostly told each other that they needed to ride out the storm and that things would bounce back. But, a strange thing happened. IT budgets remained flat year after year. The rebound never happened.

Fast forward to 2011. Most IT departments are a shadow of their former selves. They’ve drastically reduced the number of tech support professionals, or outsourced the help desk entirely. They have a lot fewer administrators running around to manage the network and the servers, or they’ve outsourced much of the data center altogether. These were the jobs that were at the center of the IT pro boom in 1999. Today, they haven’t totally disappeared, but there certainly isn’t a shortage of available workers or a high demand for those skill sets.

That’s because the IT environment has changed dramatically. More and more of traditional software has moved to the web, or at least to internal servers and served through a web browser. Many technophobic Baby Boomers have left the workforce and been replaced by Millennials who not only don’t need as much tech support, but often want to choose their own equipment and view the IT department as an obstacle to productivity. In other words, today’s users don’t need as much help as they used to. Cynical IT pros will argue this until they are blue in the face, but it’s true. Most workers have now been using technology for a decade or more and have become more proficient than they were a decade ago. Plus, the software itself has gotten better. It’s still horribly imperfect, but it’s better.