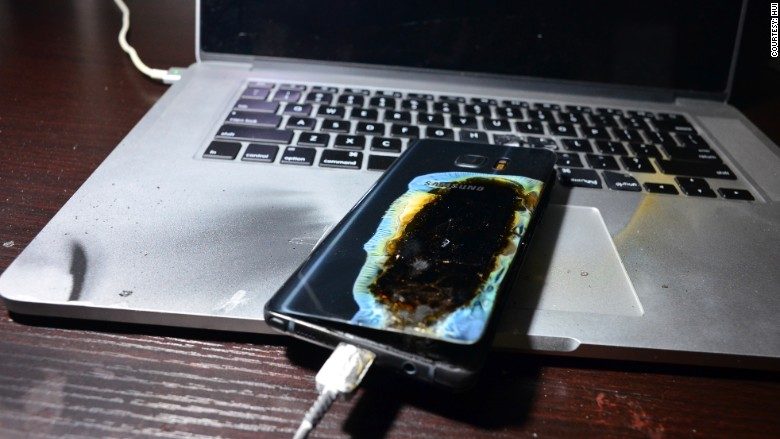 The Note 7 recall has already passed into Halloween costume territory, but for owners of the phone who experienced its dangers first hand, it’s not as funny. According to a report from The Guardian, a number of individuals who suffered property damage when their Note 7 exploded say Samsung is resisting paying compensation.

In one story in the report, Note 7 owner John Barwick was woken in the middle of the night by the smartphone bursting into flames on his nightstand. He says the resulting fire damaged the furniture, along with his bed, carpet, and curtains, resulting in repair bills of around $9,000. However, Barwick says Samsung isn’t willing to pay the full amount. From The Guardian:

“Barwick claims he called the company 45 minutes after the fire started and Samsung said they’d call back within 24 hours. When they failed to do so, Barwick called them again and emailed pictures of the damaged phones. “They said they’d call us back. They never did.”

Eventually Barwick received a call from Samsung, and was referred to the South Korean firm’s insurance company, Samsung Fire & Marine.

“They told me they weren’t going to pay replacement costs of any damaged items. We were asking to have our carpet replaced, and to have the goods that were sprayed on replaced. We sent them photos,” he said. Instead, Samsung offer to pay a depreciated value of the items.

The global recall of the Note 7 is obviously a huge undertaking for Samsung, but the company can’t afford to be seen squeezing people over every dollar of compensation. We’ve already seen that the firm sometimes prefers to keep customers in the dark, as shown by a leaked text from a Samsung representative published by The Verge earlier this month. “I can try and slow him down if we think it will matter, or we just let him do what he keeps threatening to do,” said the text, referring to a customer whose Note 7 caught fire. If the company really wants to move past the Note 7 scandal, it’s going to have to be quicker with putting out these fires.

For more on Note 7 owners’ complaints, check out the full story at The Guardian.