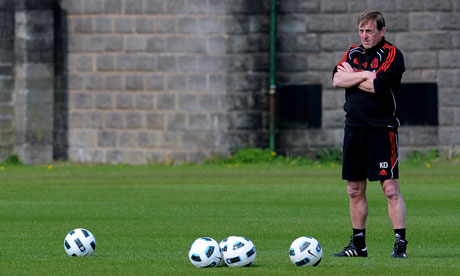 Kenny Dalglish insists Liverpool are no longer reliant on two players to carry the rest of the team, as they hope to take a decisive step towards European qualification at Fulham on Monday night.

In their past two seasons most of their opponents operated on the principle that, if you stopped Fernando Torres and Steven Gerrard, you stopped Liverpool. The pairing was responsible for 39% of their league goals in 2008-09 and 44% last season.